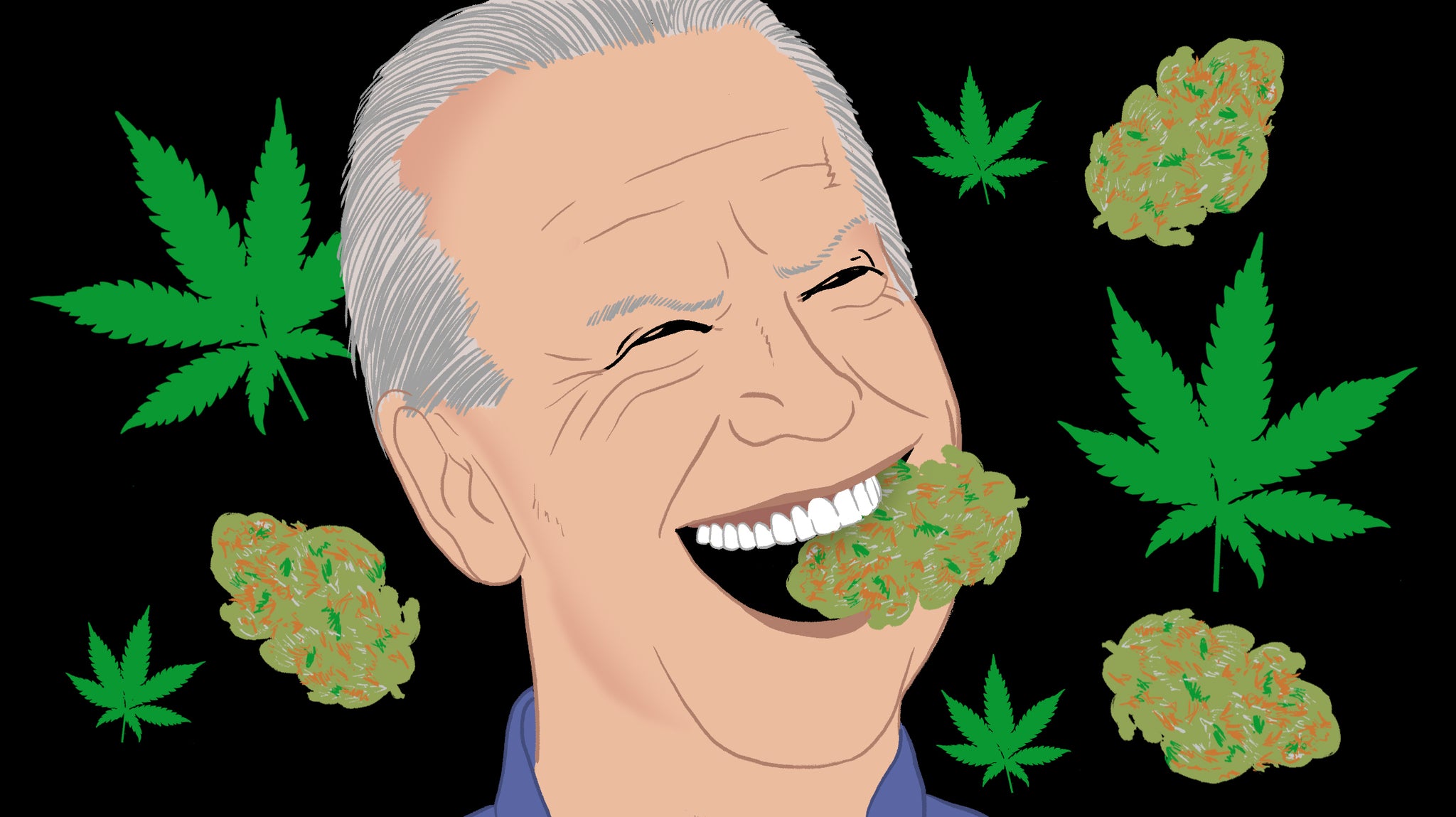 Last year progressive voters were told that, despite the clear evidence that Joe Biden was a left-of-Reagan centrist, modern political pressures from the Democratic party would push the candidate to the left once he was in office, finally aligning him with populist principles. That prediction has proven faulty—even by the most forgiving of standards. And one of the progressive stances most neglected by the Biden administration is that cannabis laws should be reformed. Even before he became the Democratic nominee, expectations were low that Biden would be friendly toward marijuana. Halfhearted concessions and promises made during the campaign trail concerning the decriminalization of cannabis were taken with a grain of salt by many, and political junkies were reluctant to take these as evidence that Biden—who called weed a “gateway drug” as recently as 2019—was coming around on the issue. It seems they were right to be cautious.

In late October of last year, right-wing pundits were pawing the ground and grinding their teeth as they told conservative voters that President Biden would shift from his centrist position to the far left, inevitably turning the nation into a communist death camp. To seemingly confirm their fears, Sen. Bernie Sanders (D-Vt.) told a group of Democrat congresswomen known as “The Squad” that it was their duty “to make sure that Biden becomes the most progressive president since FDR.”

The Fox News and Newsmax talking heads haven’t been raising the alarm as much these days. Biden has been in the Oval Office for over half a year now, and the threat that he would move further to the left has clearly evaporated. Biden—who campaigned on promises that he would halt new oil and gas drilling operations on federal land—is on track to exceed the number of drilling operations approved by President Donald Trump last year. Promises made by Biden to raise the minimum wage to $15 an hour were seemingly sabotaged by the president himself a few months later when he told reporters, “I don’t think it’s going to survive,” before talks had even concluded.

Progressives have completely given up on the fantasy, and the gears behind the machine to push Biden left have ground to a halt.

Sanders himself seems to have given up on his orders to The Squad. In a recent interview on the podcast “Krystal, Kyle and Friends,” the senator painted a picture of the president as a proven hero rather than a work in progress and defended what appears to be Biden’s lack of commitment to progressive policies. “Don’t think that [Biden] can snap his fingers—no matter what he may or may not believe—and make things happen,” he told Krystal Ball.

“There are certain things he could do, though, through executive action,” she responded. “For example, canceling student debt, legalizing marijuana.” “Yes,” conceded Sanders. “Yep. Yep.”

In April reporters held Vice President Kamala Harris’ feet to the fire on promises made during the campaign that the administration would decriminalize cannabis by rescheduling the drug and expunging criminal marijuana charges. “Honestly, right now, we’ve been focused on getting people food, helping them stay in their apartments or in their homes, getting kids back to school, getting shots into arms,” she said. “That has been all-consuming.”

Last month two Republican lawmakers—Reps. Dave Joyce (R-Ohio) and Don Young (R-AK)—sent a letter to the president asking that he stand by his campaign promises and reclassify cannabis under the Controlled Substances Act. “As a Schedule I substance, cannabis is not accepted for medical use on the federal level, which has caused significant research restrictions and continues to thwart the treatment of a wide range of patients, including those suffering from cancer as well as veterans with post-traumatic stress disorder (PTSD) and people living with Multiple Sclerosis and seizure disorders,” wrote the legislators. The strangeness of seeing conservatives ask the president to be more progressive has largely gone ignored by the media.

If Biden’s opposition to cannabis reform was still in question, he confirmed it in March when a number of White House staffers were asked to resign or were forced to work remotely because of prior cannabis use. Five staffers were let go, presumably for cannabis use, and several others were sent to work from home.

This would have been business as usual, but the administration had made waves announcing that it would no longer disqualify staff applicants based solely on past cannabis use. When confronted about the firings, White House Press Secretary Jen Psaki told reporters that no one was fired over infrequent cannabis use in the last year or any usage from years before. She also said that the administration had indeed eased restrictions and that many staffers were employed who would have previously been ineligible. Nevertheless, she failed to adequately explain the five resignations or the number of staffers that were forced to work remotely.

Source: Forbes By Emily Jiannetto There is some evidence, both colloquial and scientific, that cannabis may help to stop using...

Source: WKRN By Emily Jiannetto Tennessee has some of the strictest cannabis laws out of all the fifty states (and...

Source: Forbes By Emily Jiannetto Starting August 1st, the citizens of Switzerland can finally access full-legal medical marijuana, and the...